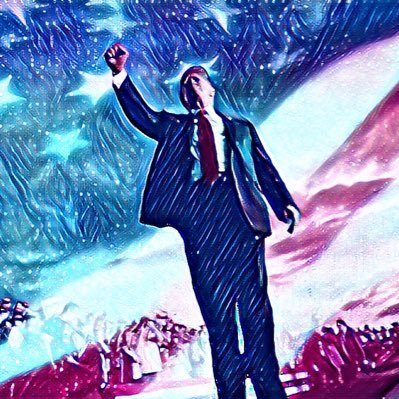 Trump NFTs are here. Parler, a self-professed “viewpoint-neutral, free speech social media platform” announced it is reinventing the non-fungible token (NFT) space. They are doing this with its new NFT platform, DeepRedSky.

This new NFT marketplace plans to deliver an engaging yet simplified user experience. DeepRedSky say the platform “connects fans and collectors with world-class individuals and brands across politics, media, sports, and the arts. DeepRedSky will feature creators who share the values of freedom of expression and protection from Big Tech, Big Media, and Big Government.”

Trump and the CryptoTRUMP Club

DeepRedSky’s first showcase collection is the Official CryptoTRUMP Club. It will feature the one-of-a-kind 45th President of the United States. Each CryptoTRUMP is unique, and will show the former President Donald Trump in various settings. This early release of Trump on DeepRedSky is made up of 250 extremely rare NFTs. It will be part of a more extensive collection of 10,000 to be released a later date.

DeepRedSky say they have already completed a variety of projects with well-known creators. George Farmer is the CEO of Parler. He says, “The development of DeepRedSky is an essential next step toward the company’s mission to be a frontrunner in Web3 technologies. As promised, Parler is launching its inaugural NFT marketplace that will become the new standard in premium branded NFTs.”

Can’t live without your Trump NFT? You can purchase these via credit card and receive the assets through any wallet on the Solana blockchain.

Parler say they have a bold vision to make freedom of expression, security, and privacy a reality. They will do this through social media and blockchain technology. “Over 16 million users have chosen Parler as their social media platform to protect against the authoritarian powers of Big Tech, Big Government, and cancel culture. Parler uses the First Amendment of the U.S. Constitution as a guide, making it possible for people to speak freely without fear of being suspended or labeled ‘dangerous’ and banned. Parler is the public town hall where everyone is welcome.”

Whatever you feel about Trump, Parler, or the absolute circus that is American politics, we can all agree that big tech censorship will never be in fashion.

Why decentralization isn’t the ultimate goal of Web3