The Highest Valued NFT In History at $80m 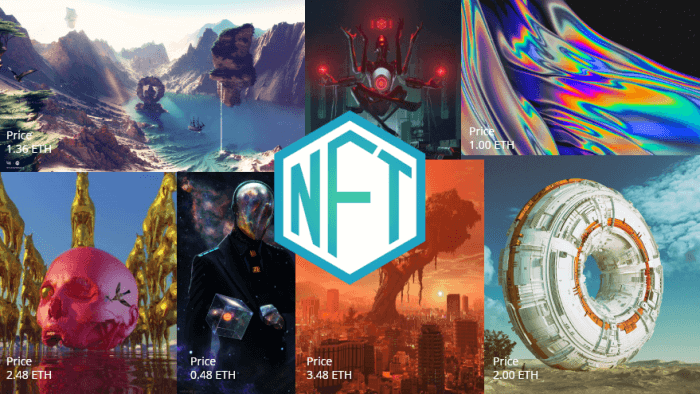 Market Cap NFT: At 30,000 ETH, “Ω” is the highest valued NFT in history. The Tinder Swinder – I mean the artist selling it – claims it is the “ultimate marker of status, high watermark, and gold standard of the metaverse.”

If anything was to make you cynical towards the tulip bubble – I mean the current NFT market – it would be this shenanigan.

An artist with little to no name wants to sell the most expensive NFT in the world. Also, he is putting conditions on it. “If ever resold, the original owner agrees to sell it at a value higher than the last highest completed sale in NFTs, thus retaining its position as the market cap NFT.”

The jammy dodger – I mean artist – behind this outrageous sale is Gabriel Dean Roberts. He is known (vaguely) as a fine art photographer from New York City. On an average working day, he sells pictures of people and flowers, NFTs and has had some stuff featured in Vogue. It’s Vogue; at the end of the day, who cares. This magazine does puff-pieces about dictatorships and thinks homeless chic is fashion. Gross.

Market Cap NFT: Because I’m worth it

Roberts claims the NFT is totally worth the price because he is selling 10 years of his life as an NFT. “I’ve created Ω as a standalone work of art that represents the explosive power of this new renaissance with an offering that has never been seen before. Ω is the symbol of this project and an invitation into my world and the adventures that will bloom in untold ways with our unbridled creativity. Ω stands alone in its audacity and scope of meaning, bridging performance art with ultra-luxury and an artist-patron relationship unseen since the last renaissance. This is my commitment to you.”

It might not seem like the bargain of the century, considering you can get a mega yacht and sail the seven seas for the same money. That’s because you get other things with the bullsh*t NFT. Yep, there’s more. The buyer will get a Rolls Royce Ghost, custom-designed by the artist.

“Ω” promises wild things. “The central premise of Ω is that the NFT provides its owner with a monthly bonus air dropped NFT of my best work, in keeping with the quality of the rest of my corpus. Whoever possesses Ω will accrue 120 original 1-of-1 works, distributed at the first of every month consecutively, over the course of 10 years, essentially buying ten years of my artistic life. The owner is free to sell, or keep these new works as they see fit.”

In other videos, you’ll find the guy whining about gas prices … I guess that would take a large chunk out of that $80m asking price.

These are the “perks” that come with the NFT.

“I’ve written a clause into Ω that voids monthly airdrops (bonus NFTs) if the owner decides to sell Ω for less than the highest global NFT sale up to that date. The clause is intended to incentivize an active relationship between the owner, the art, and myself, and deter them from devaluing the art. By doing this, I’m creating a circumstance where Ω lives up to its meaning as the last, greatest, highest marker of value, in this case in the NFT world.”

I need a wet wipe to clean that idea right out of my brain, Oh dear God, there’s more.

“The Ω itself is its own kind of dollar sign, instantly recognizable, and imbued with a value that goes beyond the work. In fact, this is why my 3D rendering of Ω does not look the same as my actual fine artworks, because it is something bigger than my own art; it’s the symbol of my participatory, ten-year performance. Ω requires that a buyer is willing to not only make the largest NFT purchase in history but to play by the rules of the work.”

The Rolls Royce Ghost was thrown into the mix so that Gabriel could offer something “deeply participatory that would be a work of art in and of itself. With close direction over the details, I will ensure that this will be the only Rolls Royce of its kind in the world. The coveted vehicle will be embellished with Ω badges, design cues, and livery throughout the interior and exterior. Little secrets, custom surprises, and elements will also be incorporated into the Ghost. All of this, coupled with the fantastic opportunity to make a historical sale of epic proportions, do good in the world, and participate in a 10-year-long artistic performance unlike the world has seen makes for a very exciting offering.”

“I understand that the NFT, the Rolls Royce, selling 10 years of my life; all of it seems quite mad, and that is by design. But I know there is a collector out there who is brave enough to step into the light with me.”

I think he means, step into the bank with me. This is a robbery.